Thanks to a beneficial subtropical microclimate (316 cloudless days a year), winter is practically unknown in Menton. Therefore, you can enjoy a beautiful sea and the nearby sunny mountains all year round.
Menton is on the borders of Italy, the Principality of Monaco and the Comté de Nice. Paradise of gardens, Menton is also a unique display of architecture. These have moulded this “secret Riviera”, paradise where you can walk in the footsteps of famous names.
From the Empress Eugénie to Jean Cocteau, countless people have come to this magical setting to get re-kindle the authentic.
The scents, colours and tranquillity, but also the diversity of the activities that can be practiced here throughout the year, make Menton “the pearl of France”, as stated by the geographer Élysée Reclus.
Moreover, the town is the first town of the Alpes-Maritimes to receive the designation “City of Art and History”.
Menton is a destination that is becoming more valued by an increasing number of international visitors.
After the French, it is logically the Italians who visit the most, followed by the English and German. A new phenomenon is that the visitors are coming from increasingly greater distances, from North America, Russia, Scandinavia, Southeast Asia... The Japanese, for example, have a weakness for Menton, and for them the ‘must’ is to come here to celebrate their union: great admirers of Jean Cocteau, they love to confirm their union in the Salle des Mariages (Wedding Hall) of the Town Hall decorated by the artist.
The Tourist Office offers several tourist packages. “Passeports” (passports) offer thematic routes: Museums, Promenade in the Town, Gardens, Charm, Hill-top Villages.
Packages are offered to discover Menton on the occasion of an event such as the Lemon Festival (Fête du Citron®).
The guided tours led by the "Service du Patrimoine" are also very attractive.

The Beaches of Menton
Whether public or private, on the beaches of Menton you can relax and bathe in total safety. In fact, since 1998, Menton can boast about having received the designation “European Blue Flag”. Presented by the town by Dominique Voynet, Minister for the Environment, this label was confirmed in 1999, 2000 and 2001.
It ensures the quality of the water of the beach and the correct administration of the beaches (hygiene and safety).
So enjoy sunbathing and swimming.
The Municipal Port (old port)
There are two ports in Menton for yachtsmen either stopping over or planning a longer stay.

The"Old Port",
which appears protected by the The Bastion and which extends the long jetee and the private port of Garavan, bigger and newer than the former, which is nestled to the east of the bay of the same name, right next to the Italian border.
"Le vieux port"
At the foot of the old town, the Municipal port is dominated by the "Basilique Saint-Michel".
The Bastion, home to the Jean Cocteau Museum declares the port’s entrance.
The restaurants along the quay propose a wonderful variety of fresh fish, caught daily by the local Menton fishermen.
Right next to the port, the extensive "Sablette" beach awaits tourists and yachtsmen alike to enjoy a refreshing dip in the deap blue waters.
The public port has 460 moorings in winter and up to 580 moorings in summer and furthermore the charges are the lowest in the department.

Garavan port
is one of the largest ports on the Côte d’Azur. Welcoming you with it’s "Mermaid and Dolphin" fountain overlooking the sea and situated to the west of Garavan bay, it can accomodate 624 private moorings and 176 public moorings. Equipt with a shipyard and refuelling and supply station Garavan port can cater for all the eventual needs of yachtsmen. 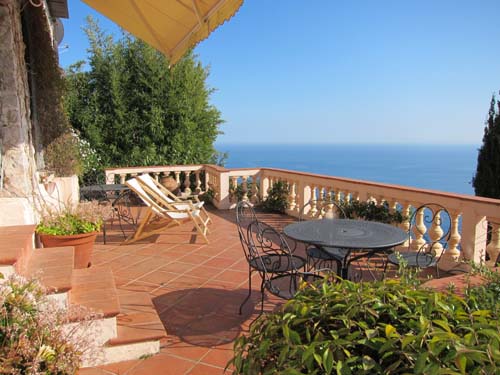 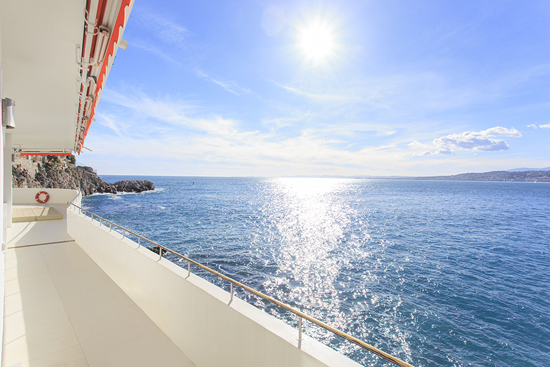