Nizza la Bella, capital of the Cote d'Azur, is today the fifth town of France.
With the Alps in background and the Mediterranean at his feet, Nice offers the charm of the Mediterranean cities.
This is not for nothing that it is frequently call "La Baie des Anges" (Bay of Angels).
As of the 18th century, the English, attracted by the charms of the climate and the beauty of the landscapes, will make this city a seaside resort.

This is at that time that the famous "Promenade des Anglais" took forms.
It was intended for the English aristocrats to come to walk on this littoral path, " the camin dei Angles ".
This era " so british " left in heritage luxurious villas and hotels of which Négresco. It is thus during "Le siecle des Lumieres" (The Age of Enlightenment) that tourism in Nice was born, mainly winter tourism.

The English were relayed thereafter by Russian and American aristocrats.
Today, tourism is the first economic activity of the city thanks to certain major assets such as the beauty of the sea, a somewhat subtropical climate, the diversity of the landscapes…
Without counting the many infrastructures: International airport (2nd of France after those of Paris), the "Palais des Congrès…

But Nice is not only one city where balneal tourism and business tourism reign; Cultural events takes place in in the city from carnival to Nice Jazz Festival while passing by the ultra-modern Nikaïa theatre, the culture is not in remainder in Nice.

If the city knew how to go toward the modernism, it also knew how to preserve its traditions.
The district of the Old Nice is the place to be: every day is held, around all those colorful house, the flower market, with the fruits and vegetables and the fish market.
The old Niçois men will speak a dialect to you with strange sonorities, the nissart, one of the alternatives of the language d' Oc.

As for the local gastronomy, she wants to be sober but preserves the good taste of the regional products. Leave you to try by socca (wafer with the chick-pea flour) whose only Nissarts truths hold the secret, and taste with stuffed the niçois, with fritters of zucchini flowers, the pissaladière…

Let you enchant by the charms and the beauties of this city to the multiple facets which attracted and fascine still, painters, writers and musicians all with the research of the softness of living niçoise. 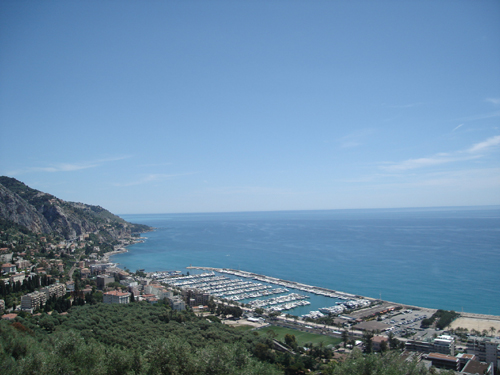